We walked the Pat Sin Leng nature trail with some friends in February and really enjoyed it. It’s a fairly gentle hike along the edge of Plover Cove and continues north into some fairly remote countryside close to the Chinese border, finishing at Bride’s Pool. We found the hike through the Enjoy Hiking app, but the app is pretty low on detail so we supplemented it with Google Maps! The app says that the walk takes about 2 hours. To be honest, I can’t remember how long it took us, but I don’t think it was much different to what we were expecting.

The walk starts in Tai Mei Tuk. To get to this small village, take the MTR to Tai Po Market and then hop on the 75K to Tai Mei Tuk. It takes a while but it’s fairly straightforward!

Tai Mei Tuk is a nice little village which had a very ‘holiday’ feel on the day that we went, with lots of Hong Kongers visiting from the city and cycling around or riding on pedal carts. There are several restaurants to choose from if you want lunch. We ate at a Thai restaurant (unfortunately I can’t remember the name) which was perfectly acceptable.

This was the view from the waterfront in the village: 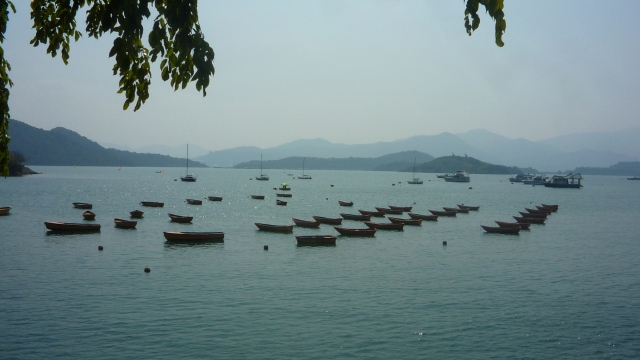 We also went for a walk along part of the dam which has been built across the end of Plover Cove, turning it into a reservoir. This is the view into the reservoir:

After that we thought it was about time we started the walk! So we headed back into the town and walked up Bride’s Pool Road until we came to the start of the walk, which is clearly signposted. The first part of the walk takes you uphill, partway up a very large hill that the Wilson trail goes over. It is a bit of a climb, but not too challenging. 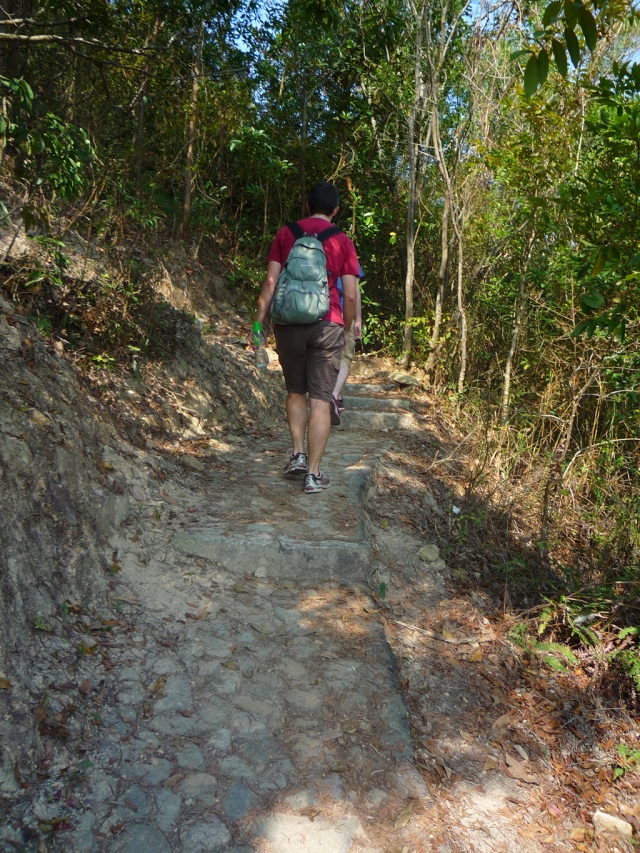 As you ascend, you can look back and look out over Tai Mei Tuk and the beautiful landscape behind.

The walk is pretty wooded at this stage, but every now and again you get glimpses of Plover Cove, which you are walking around the edge of.

As you continue past the end of Plover Cove, the views open up and you find yourself in pretty remote countryside. At this point, our mobile phones went into ‘roaming’ mode as they thought we were in China! We were quite close to the border, and saw some glimpses of a large Chinese town in the distance but I couldn’t get a good photograph of it. But other than that, there was barely an sign of human life to be seen. 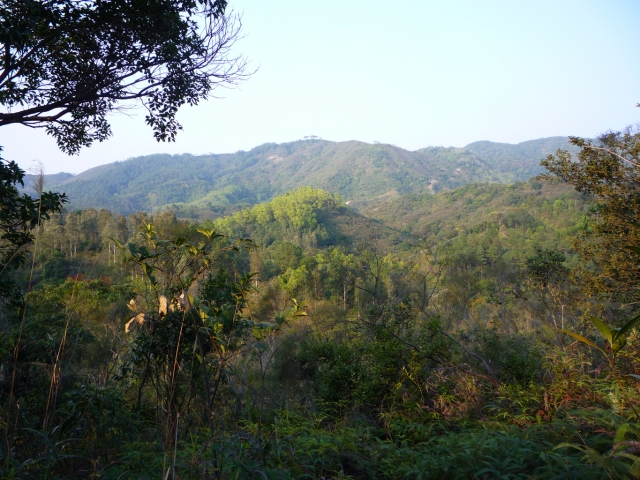 Continuing through the open countryside, the path descended, eventually hitting Bride’s Pool Road again. We crossed the road and descended further to Bride’s Pool. To be honest, it was a little disappointing as it was pretty dry – February is not the time of year to go if you want to see a good waterfall! (you should probably go in spring or autumn after it’s been raining) But it was a nice spot nonetheless. 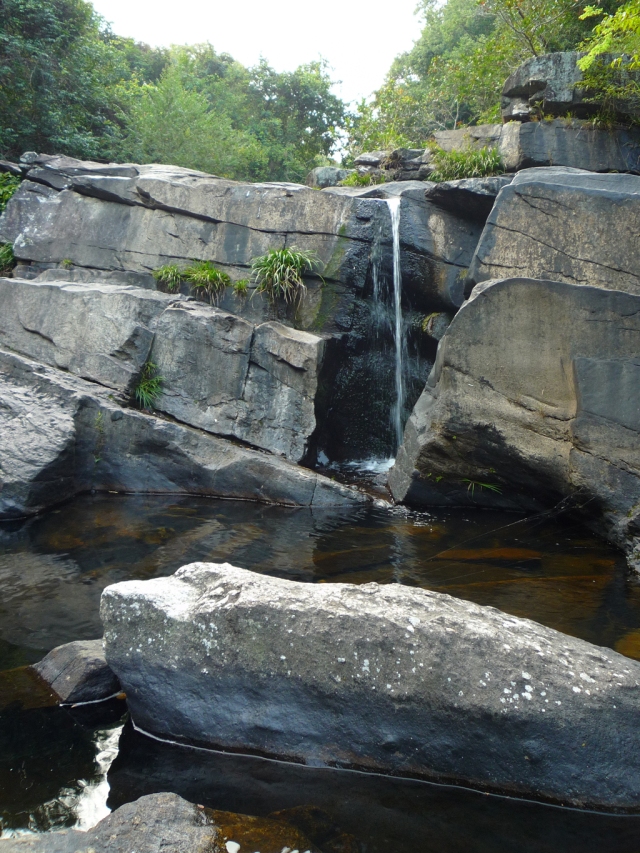 IMPORTANT TIP: There is a bus (275R) which runs along Bride’s Pool Road and will take you back to Tai Mei Tuk, but it only runs on Sundays and public holidays. If you happen to do the walk on another day of the week, you can either walk back to Tai Mei Tuk along Bride’s Pool Road (which will probably take at least an hour) or do what we did, which was to take a taxi! We didn’t have to wait very long for one to drive past on a Saturday afternoon either.

So, for a nice walk and a fairly straightforward way to escape the city, I’d recommend the Pat Sin Leng nature trail. Have you tried it? What did you think?